The Tampa Bay area has a rich history connected to both Major League and Minor League baseball, with the headquarters of Minor League Baseball (MiLB) located in St. Petersburg, and with many Major League teams spending their spring training time in Florida. When Marshall Stevens, president of Stevens and Stevens Business Records Management in Clearwater, read about the vast collection of minor league player cards stored in the offices of the MiLB in St. Pete, he asked his employees’ to assist on this project to make sure that this piece of baseball history was protected.

“It was important to me that these significant historical records were backed up, and made available for future generations.”

“We are a records management business that specializes in safeguarding records from disaster,” Stevens said, “It was important to me that these significant historical records were backed up, and made available for future generations.” Stevens saw an opportunity to have his employees contribute to this project, by scanning and indexing more than 150,000 player cards dating back to 1912. They’ve stepped up, preparing, scanning and indexing the documents since 2013, in a time-consuming and at times, difficult process. He estimates that they are about two thirds of the way done. 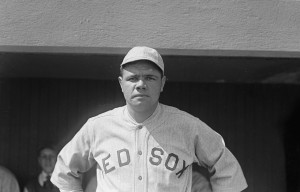 Jared Oleson, who works in the Document Imaging department for Stevens & Stevens, saw his role as an important piece of the project. “We had to install a content management system to manage the significant number of records that they had, and make sure that our work was done systematically so that the records were not only protected, but searchable,” Oleson said. Oleson has personally scanned 1000s of player cards, including many Hall of Famers. “That was the cool part for me, seeing those players that I grew up with, that I recognized, and working with Minor League Baseball was unique too because it wasn’t a typical client.” Oleson said the biggest challenge was scanning and reproducing the color images, with technical issues making it difficult to capture all the information on the cards.

The project is a joint venture between Stevens & Stevens’ offices in St. Petersburg, Florida, and Greenville, South Carolina, with the scanning work done in Florida and the indexing in South Carolina. Wendi Stevens, Document Imaging manager at Stevens & Stevens, called it one of the most complex and time-consuming projects she has worked on. “There were many phases of the process, and preparation of the player cards, which condition-wise is just OK, making it very challenging,” she said.

Before the player cards can be scanned, they have to be prepped. The cards were kept together with stickers, and removing them has to be done carefully, so the cards are not damaged in that process. Once they are removed, the scanning can begin, with the cards placed on trays for color scanning, which can take up to 4 or 5 hours for four trays. Indexing is the next step, with Stevens & Stevens South Carolina colleague Mike Guyder assisting on that phase, along with Dawn Houck from the Clearwater office. Four trays of 5X8 player cards produce more than 10,000 unique images, which takes about 39 hours to complete. 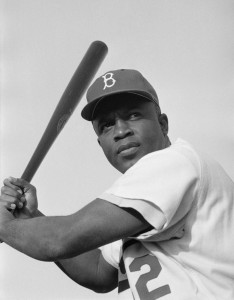 “It’s just an honor to be involved with a project like this,” Wendi Stevens added. “I love history and it’s great to be able to see these cards from the early 1900s up to the 1970s. There are players like Al Lang, who I remember from his playing days.”

The cards show the effects of time and wear, since they were used by MiLB officials to track players’ bonuses, teams and transactions, as well as information on which players made major league rosters. Some of the legendary names in baseball have cards in the collection, including Babe Ruth, Jackie Robinson and Mickey Mantle.

When completed, the entire collection of player cards will be digitized and protected, at no cost to MiLB. Marshall Stevens calls it a labor of love. “Our employees have not only done a difficult job, but they’ve ensured that part of baseball history will be around forever,” Stevens said. “That’s something that Stevens & Stevens is proud to be a part of.”