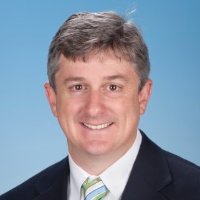 Stevens & Stevens Business Records Management of Clearwater, Florida has tabbed Ray Barry as Managing Partner of its Greenville, South Carolina office. Barry previously served as the Dean and founder of Shred School, a popular sales training program implemented by many of the industry leaders for secured destruction and information management companies.

Barry has also worked in sales leadership positions throughout the industry, and trained professionals at more than 300 national and international secure destruction companies. Additionally he served as National Association of Information Destruction (NAID) President, Secretary and Director, including two years as Deputy Executive Director.

Marshall Stevens, President of Stevens & Stevens, cited Barry’s significant experience in the secure destruction industry as one of the principal reasons for adding him to the organization. “He’s been an industry leader for many years, and knows it better than anyone,” Stevens said. “His knowledge and sales leadership will be a tremendous asset as we look to continue to grow and provide the best possible service to our customers.”

Posted in Blog and tagged News